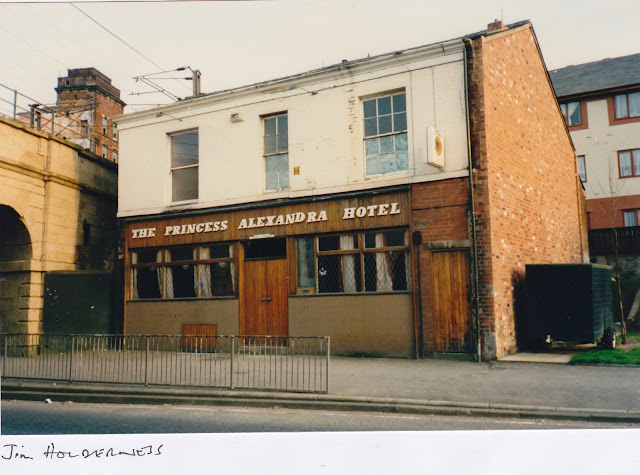 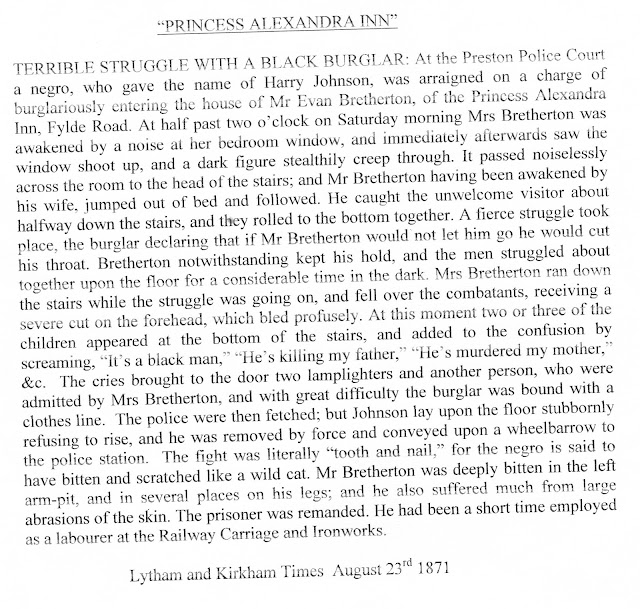 *
A  STRANGE  APPARITION
Henry Johnson, a negro, was charged with being in the
beerhouse, the Princess Alexandra, Fylde Road, for an
unlawful purpose. Evan Bretherton said he was the
landlord, and that at about twenty minutes past two o'clcok
that morning, his wife awoke, and heard someone striking
matches in the room. She said, "Evan, there are thieves in
the room," and he instantly jumped up and followed the
prisioner up and down the room.They got half-way down the
stairs when they fell together. The prisoner bit the landlord
on his arms and legs.

Bretherto'n wife called for help, and two lamp-lighters came,
and bound the prisoner with rope. He had entered by a bedroom
window that had been left open. 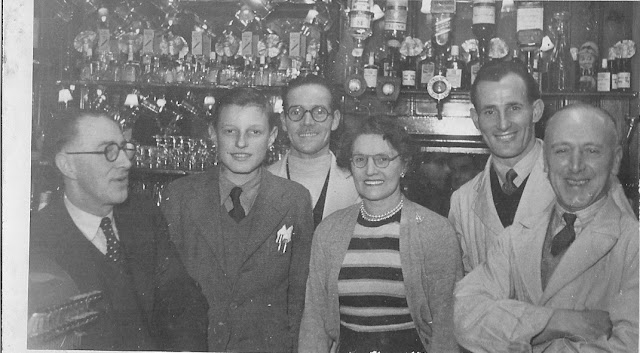 
The psons for letting their Middings lye at or near before their respective doors at ffryergate end to the anoyance of the Kings publick high way & do order them to remove the same before the first of May next on paine of 6s. 8d. a peice. vizt.
Wm Tomlinson at Eagle & Child, John ffisher, John Hatch, John Jameson, John Helme, Henry Barnes junr, Hugh Gurnall, Hugh Swansey on at the Back of the house, John Green, Wm Tomlinson & James Kitchin in the same lane.
So, it appears that there was an Eagle and Child somewhere in Friargate.