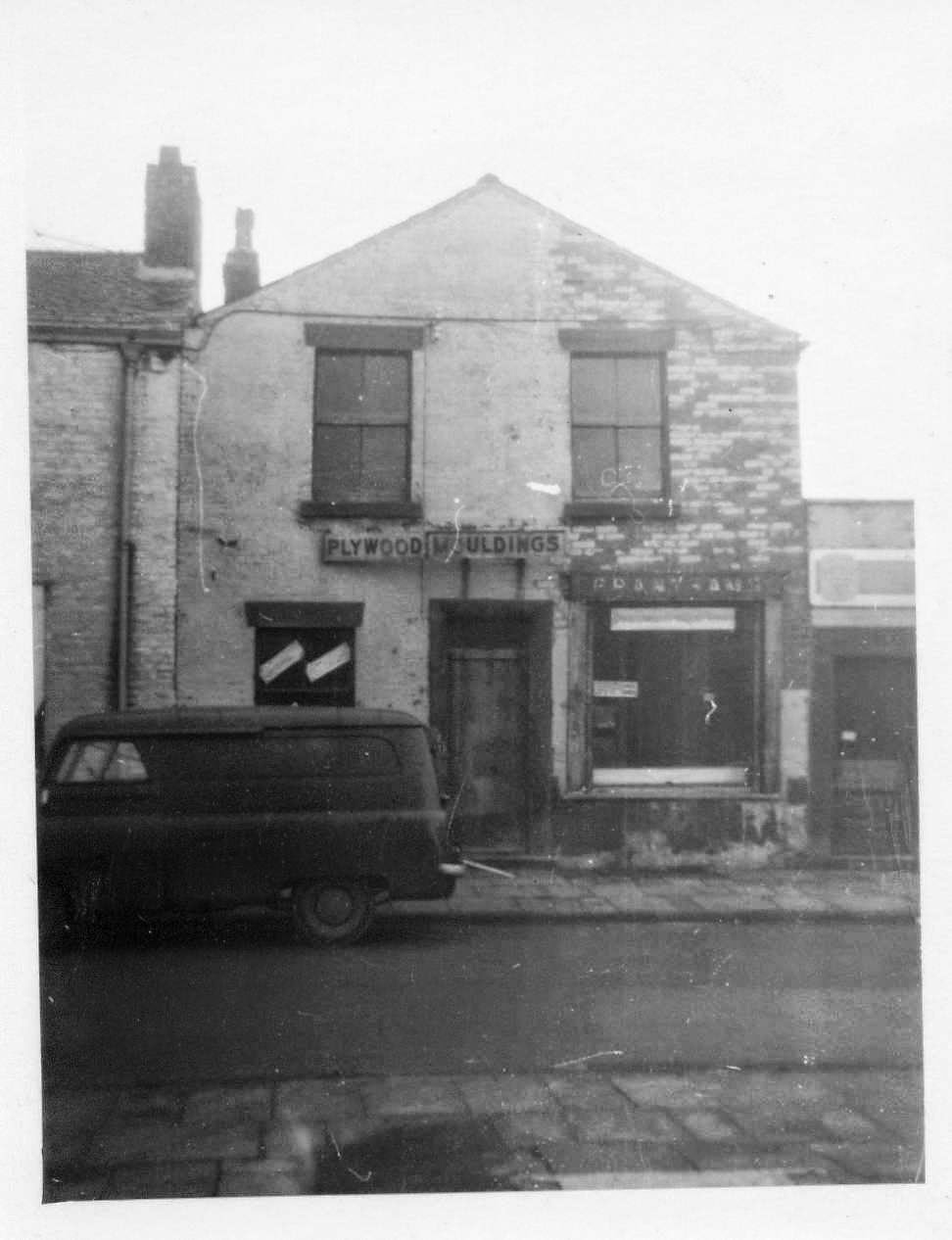 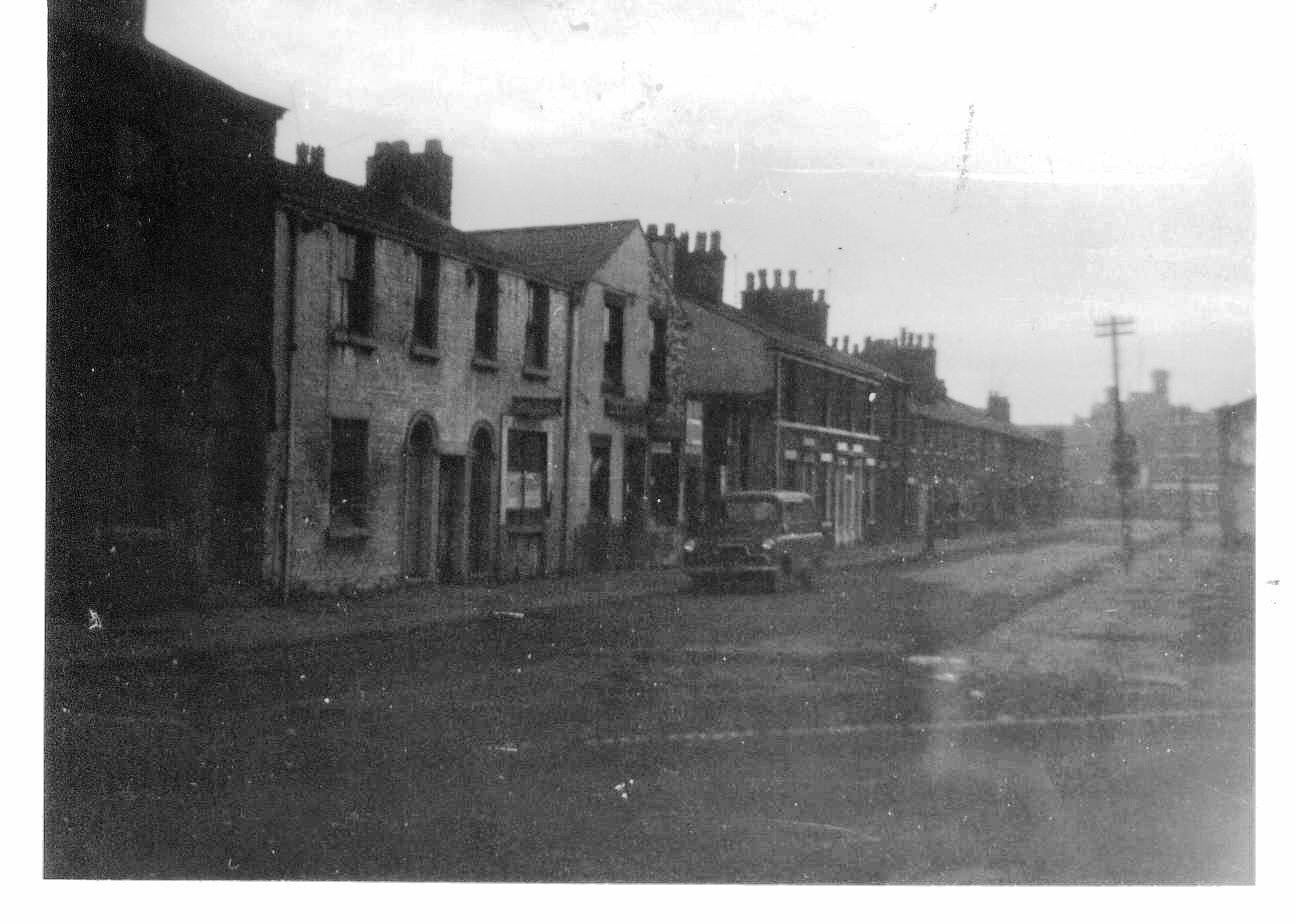 The former Park Tavern is the building with the gable end facing the street, with the family vehicle standing outside. I am given to understand that this vehicle, with the addition of a double seat, courtesy of Ribble Motors, doubled as a work and holiday vehicle.
It was no longer a tavern at this point.
* 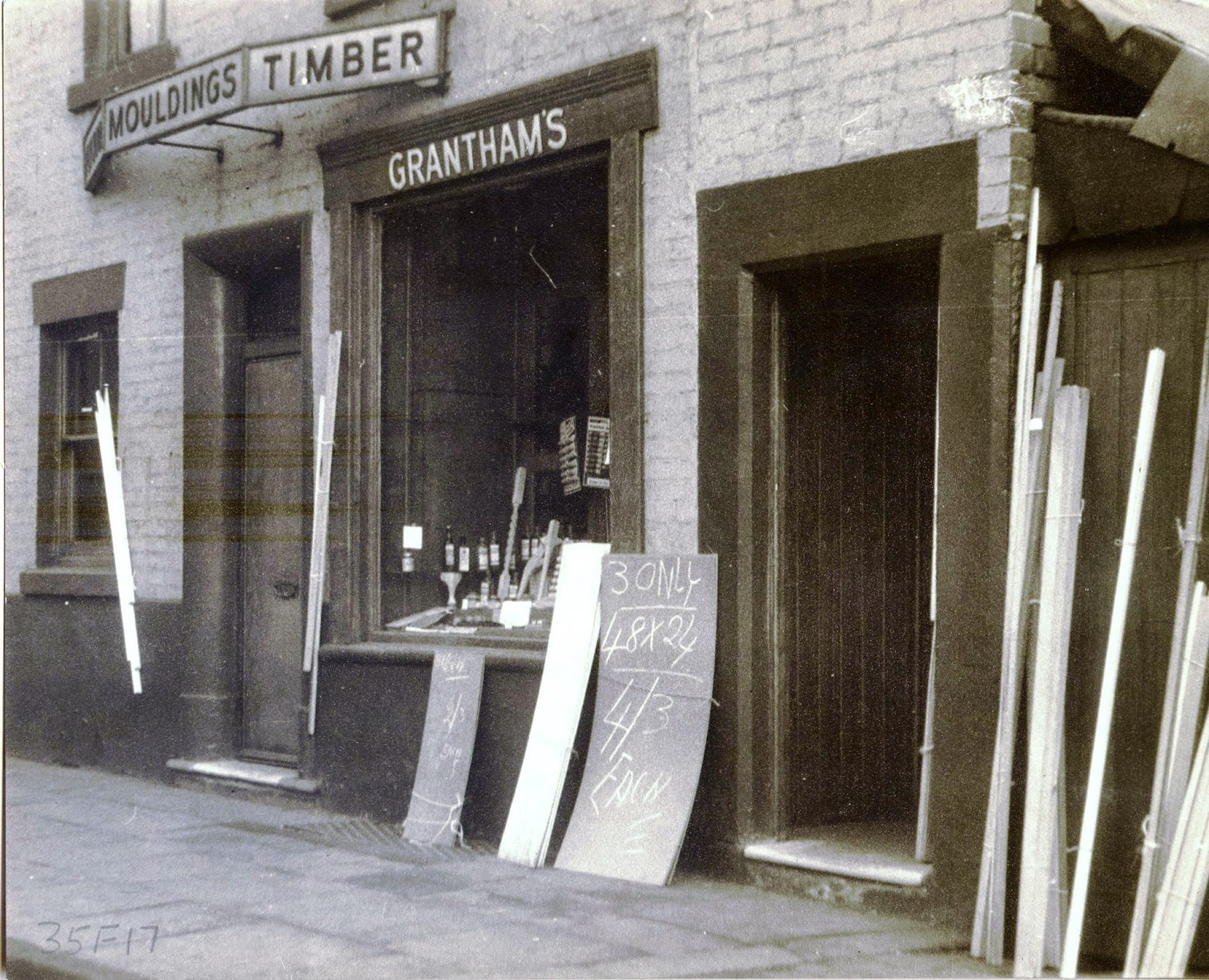 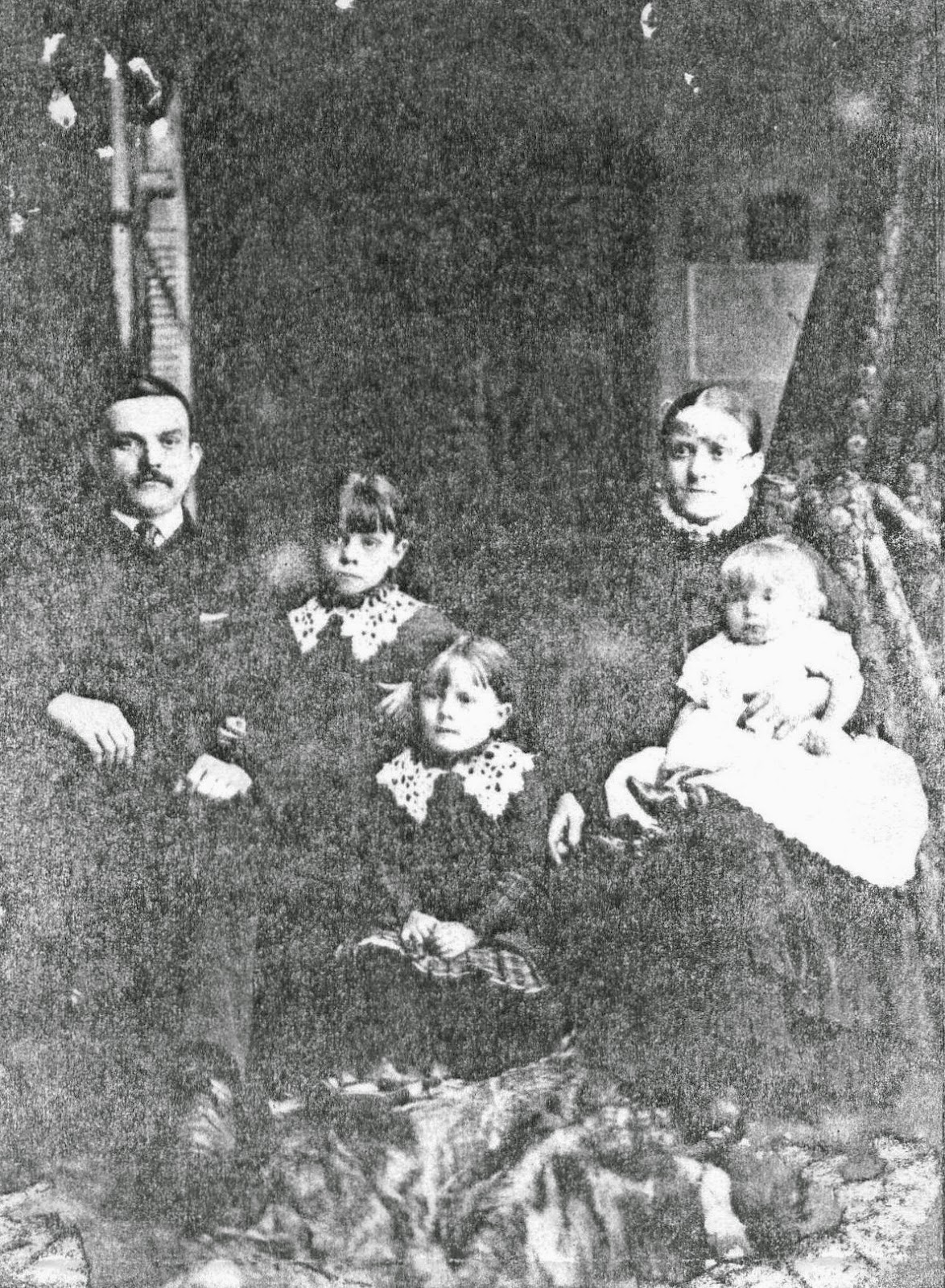 William Grantham and his wife Susannah, with three of their eldest children. Mr Grantham had run the 'Preston and Longridge Railway Hotel' in Deepdale Street. His wife, Susannah, was nee Durham, a family that has recurred several times in my research 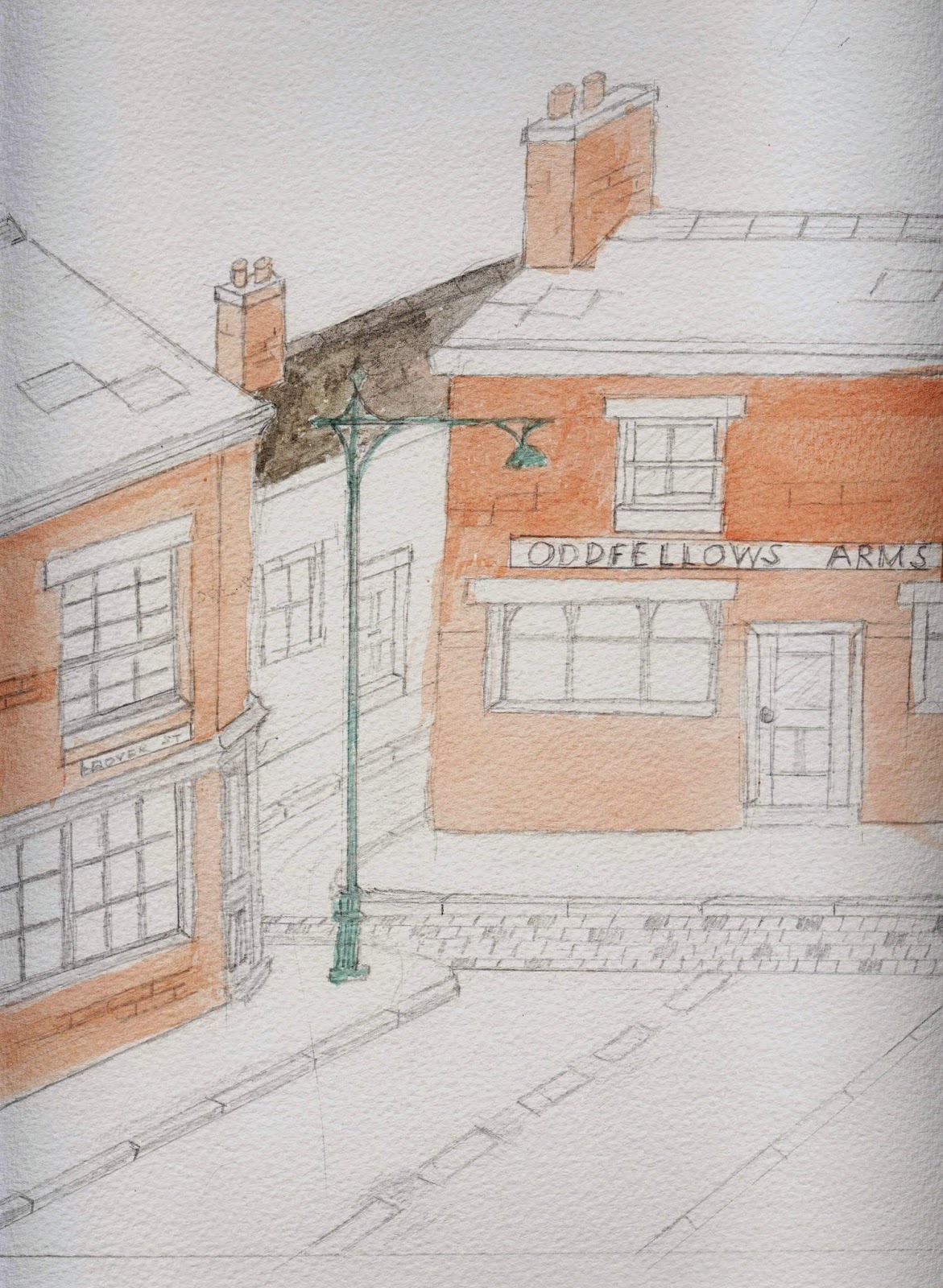 An interesting (and absolutely unique) sketch of the view from the Park Tavern.
The Oddfellows Arms stood at the corner of Cunliffe Street, on the oposite side of Park Road.
The building on the left, at the corner of Dover Street, was the Durham Ox Inn. 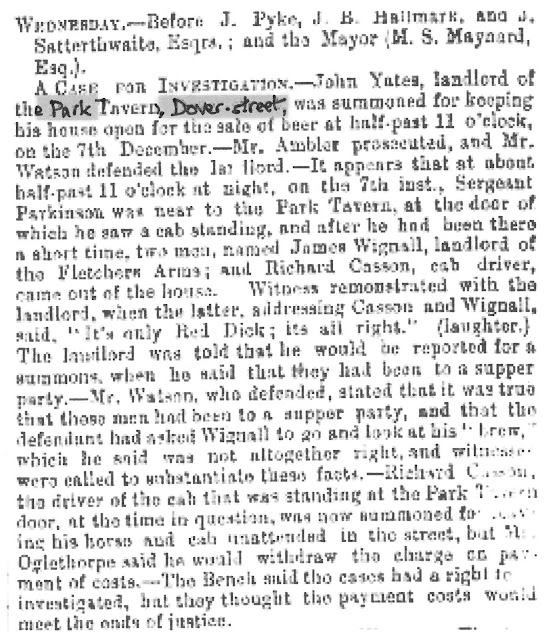 Preston Chronicle  19th October 1878
*
Clothes Stolen, woman gaoled
Nellie Merton, alias Lane, alias Gordon, alias Morris, was charged on remand with stealing three boxes of clothes and an umbrella, value in all about £5, the property of Lucy Walker, nursemaid, the prisoner obtaining possession of nearly all of the property of prosecutrix, first pretending to engage her, through a Southport registry office, as nurse to go to Manchester, and then levanting to Preston with the boxes, which had been temporarily left at the railway station.
The prisoner, whilst in Southport, stayed at the West Lancashire Hotel, which she left without the formality of asking for her bill, and the proprietor, Thomas Hayes, now charged her with stealing eight fish knives, value £2, which the prisoner pledged in Preston.
Detective Inspector Halsall  arrested the prisoner at the Park Tavern beer-house, Preston, and recovered all the property.
Head Constable Kershaw said the prisoner had lately come from New York. She was wearing clothes stolen from a Liverpool lady in court. The prisoner pleaded guilty to both charges, adding that she should have left a Cunard liner at Queenstown, where she had a situation to go to, but was brought to Liverpool and thrown on her own resources for a fortnight. She was committed to three months on each charge, the sentences to run concurrently.
Liverpool Mercury   12th April 1890
*