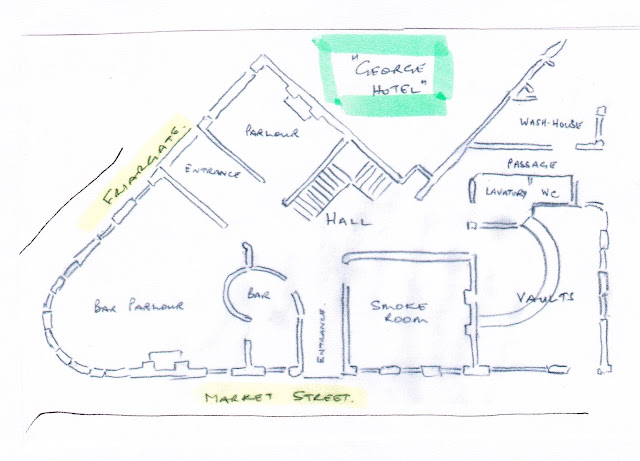 May be synonymous with the 'Blue Anchor' Fishwick.
*

Preston Chronicle  3rd February 1855
*
MIDNIGHT BURIAL OF A SUICIDE
On Sunday evening last, a young man name
Joseph Grice, a power-loom weaver aged 19,
destroyed his life in a fit of passion. The mis-
guided young man lived with his mother and
step-father, who keeps a beerhouse in Gradwell
Street, Marsh Lane.

Following a quarrel with his mother, he took
himself to the canal near Maudland Bridge, and
threw himself in.

The jury returned a verdict "That Joseph Grice
did wilfully, feloniously and intentionally, kill and
destroy himself, by drowning himself in the waters
of the Preston and Lancaster Canal."

On the same night, Mr. Gibbons, Superintendent
of Police, accompanied by two church wardens and
a few policemen, seized the body under a Coroner's
Warrant. The body was interred in the cemetery
between 11 and 12 o'clock, without the rite of
Christian burial.

The law in such cases says the burial must be
between 9pm and 12 midnight.
Preston Chronicle  14th March 1857
*
VIOLENT ASSAULT
A foundry labourer, Robert Morn, was charged with
violently assaulting William Stringfellow.

On a Saturday night, about two months ago,
Stringfellow and two of his friends were in the
Soapery Tavern, Gradwell Street. Whilst there,
Morn, along with 13 other men, came into the
house and asked for a gallon of ale; but, as they
had no money, the landlady, Mrs. Billington,
refused to supply them with it, and they went
out of the house, grumbling.
Strinfellow heard them making a noise, went
to the door and remonstrated with them, upon
which he and one of his friends were set upon by
two gangs of men. Stringfellow was knocked
down, and was brutally kicked on the head and
face, and had his waistcoat torn off him, had his
lip cut and his cap torn. Some of the party were
apprehended at the time, but Morn escaped,
and hadn't been seen since, till last Saturday,
when he was apprehended.

Morn was found guilty, fined £3 with costs,
in default of payment to be imprisoned for
two months.
Preston Chronicle  10th September 1859
* 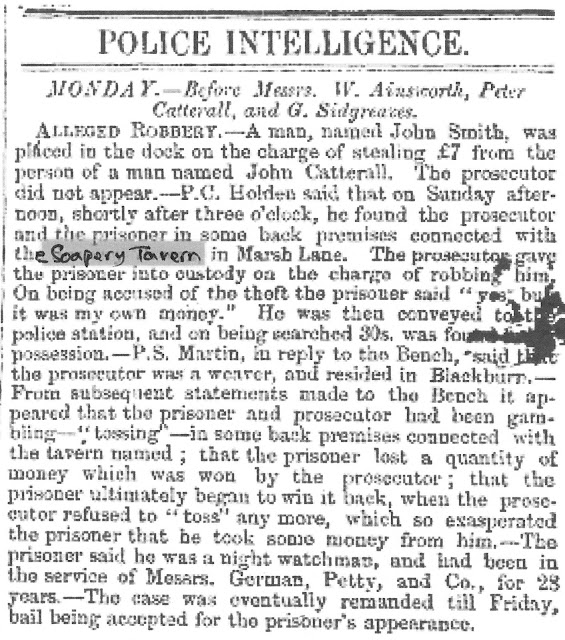 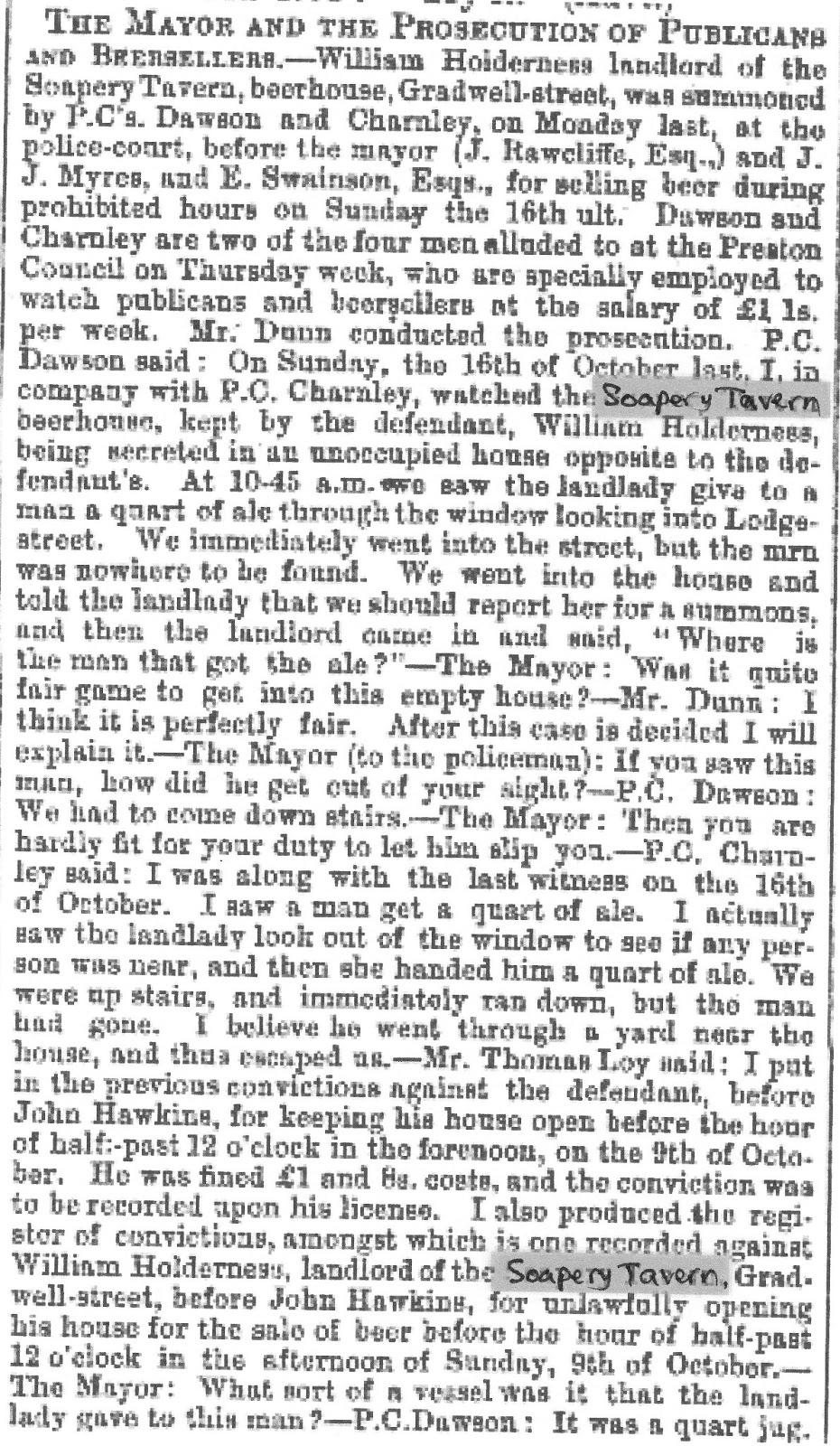 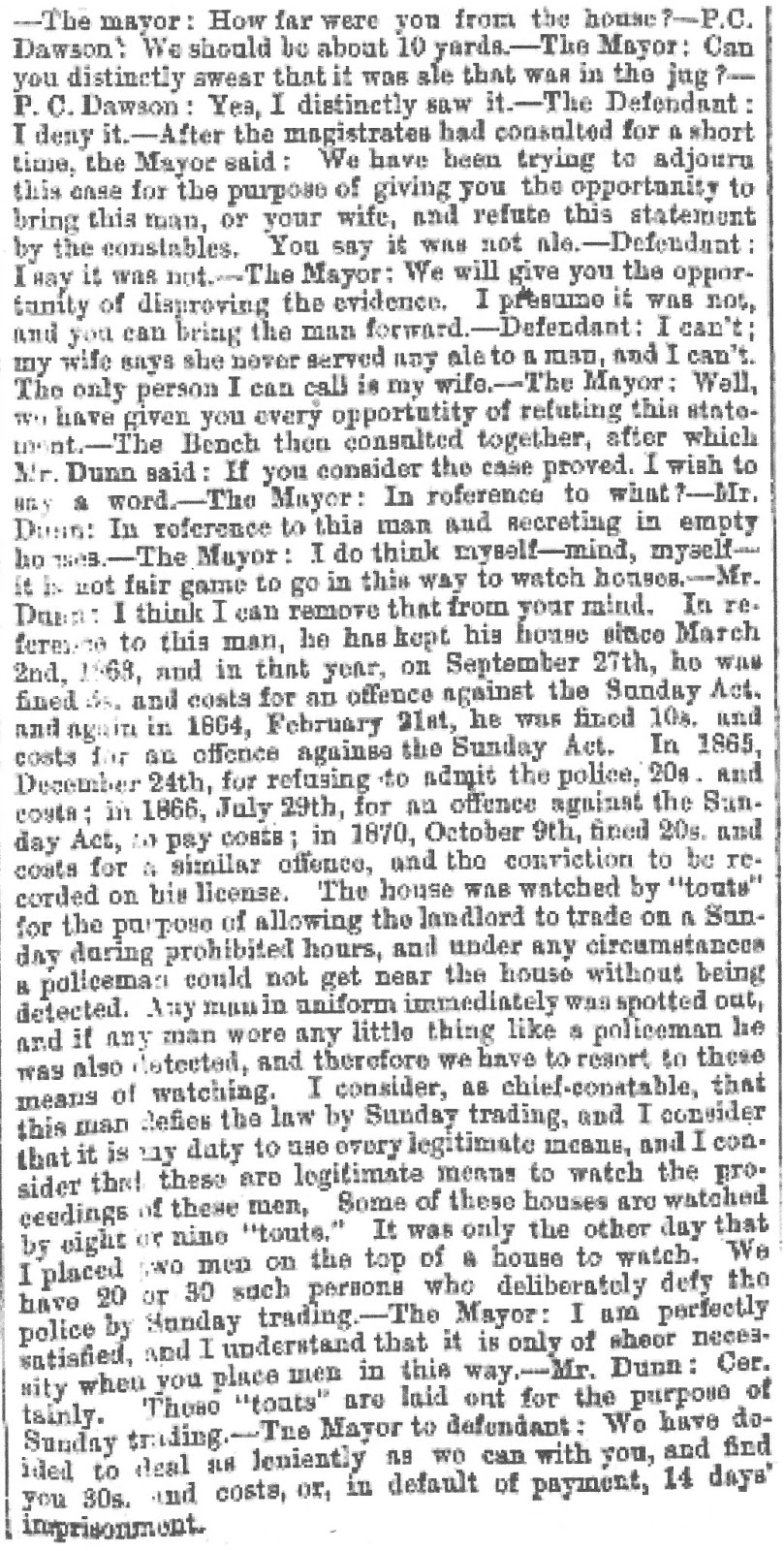 Discovered in the Court Leet Records of 1685:

14th  These psons following for Watering their horses at the well in Fryergate, by the Red Lyon, to pay 1 pound 3s 4d a piece:
John Cowborne,   John Cottam

Thanks to Jeremy Rowlands of the Continental Hotel and Moorbrook Inn for this information.