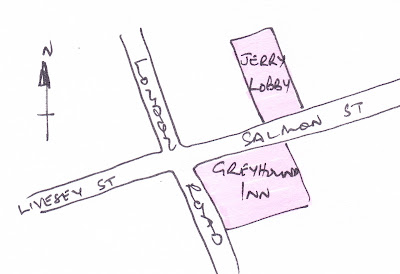 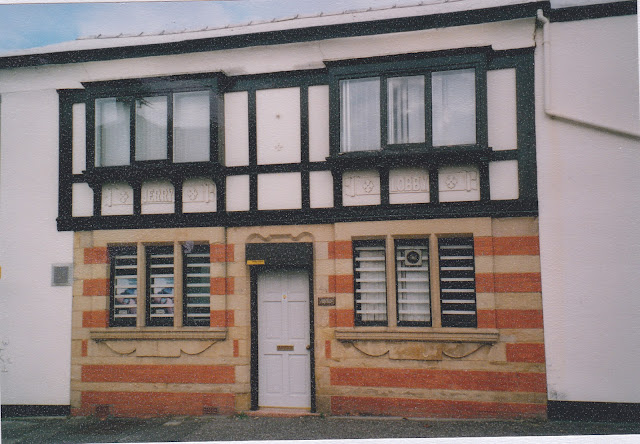 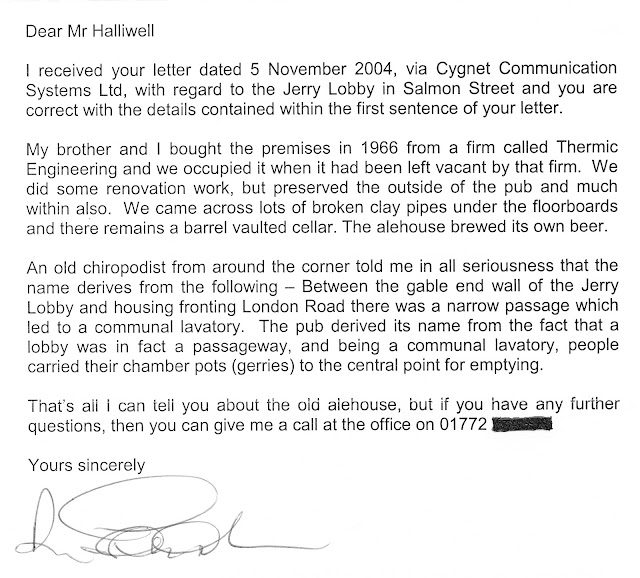 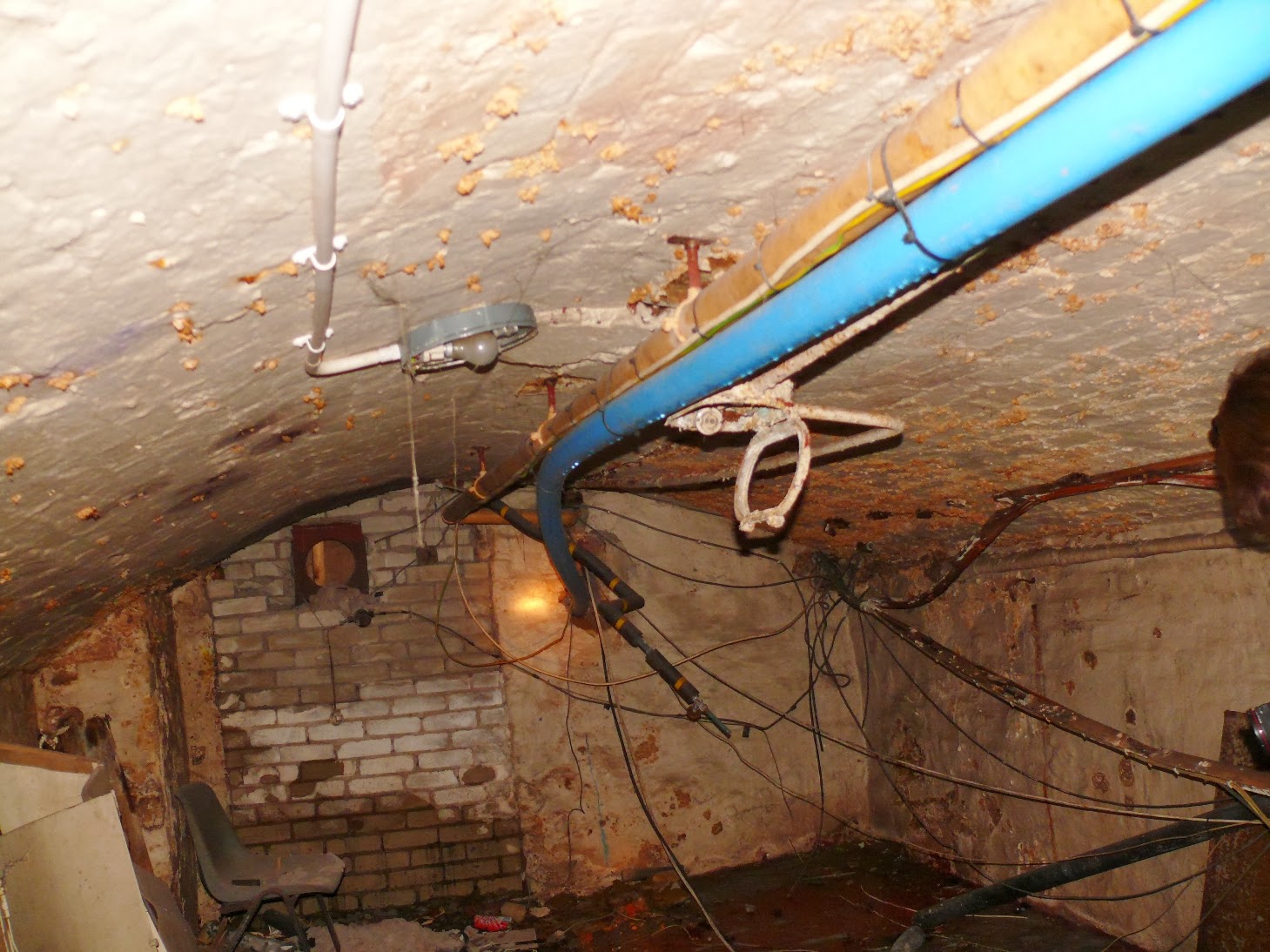 The arched cellars referred to in the former Chairman's
letter, above.
*

RAID ON PRESTON BETTING PLACES
LIVELY PROCEEDINGS
On 4th December 1878, the Preston Borough Police
Court was packed with people, including numbers
of men well-known in sporting circles. The first case
was the one against Henry Sharples of the "JERRY
LOBBY INN," Salmon Street.

PC. Inman said that on 21.11.1878, he, in company with
a man called William Flanagan, went into the kitchen of
the Jerry Lobby beerhouse, and there saw Sharples and
another man. He heard Flanagan ask Sharples what he
would lay against a particular horse in the Manchester
November races, and he said six to one. He then asked
the odds on another horse.

The officer admitted that he had taken Flanagan for the
purpose of inducing Sharples to bet.

He was fined 40s. and costs.
Preston Chronicle  7th December 1878
*
ALLEGED MISCONDUCT OF TWO COUNTY POLICEMEN
Joseph Jackson and John Brown, two County Constables, were
summoned by Mrs. Sharples, landlady of the JERRY LOBBY INN,
for having assaulted her on Tuesday 14th February. Brown came to
the house about 10.45pm. He asked her who was in, and she said,
'A young man.' He then went out, leaving the door open behind him.
At 11pm the house was closed, and her husband went to bed.

At 11.15pm a violent knocking on the front door caused the witness
to ask, "Who's there?" The reply was that there were two constables
at the door, who said they had a right to be admitted. She refused.

Mr. Sharples came down and shouted to the officers that it was past
the time for serving drink. Mrs. Sharples then went upstairs, looked
through the window, and saw that the two men were in 'plain clothes.'

She went back downstairs and opened the door. Both her and her
husband asked the men what they wanted. They wouldn't give a
satisfactory answer, so her husband began to expel them.

He had got to them when Jackson struck him on the forehead,
whilst at the same time she was pushed violently against the door
screen, bruising one of her arms badly. Subsequently, her husband
frightened them out by reaching for a poker.

Sgt. Sedgewick and Insp. Durham both gave character references
for the officers, the latter telling the Court that on the evening in
question, Sharples had reported to him that both officers were
intoxicated.

Despite it all, the Bench dismissed the case.
Preston Chronicle  14th March 1885
* 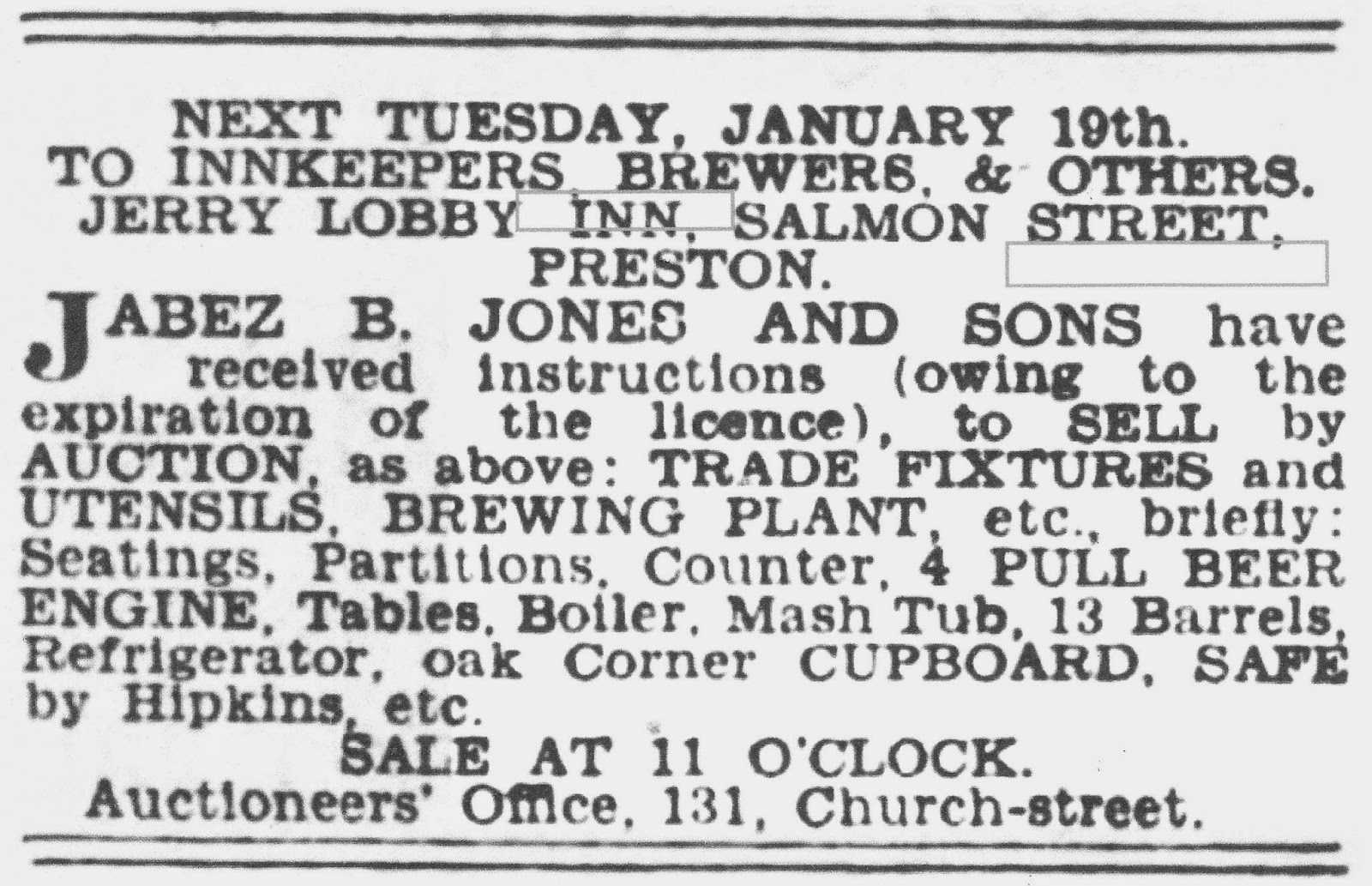